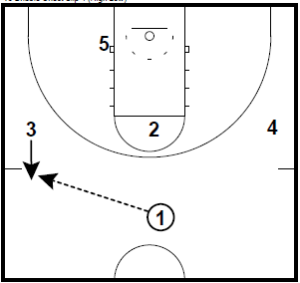 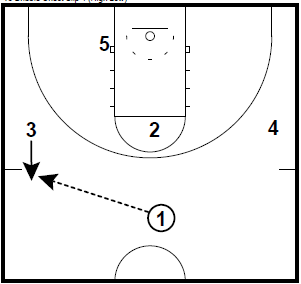 The 2 player is the shooter in the middle. 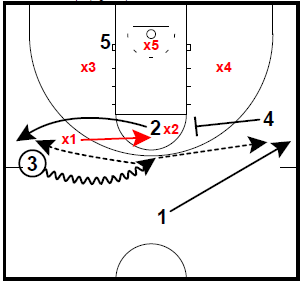 3 Drives the ball hard to the top of the key to draw X1 and X2 defenders together.

1 flares for the shot on the wing, coming off a Flare screen set by the 4 player!!

The 2 player drags opposite for a shot on the wing. This action forces X3 and X4 to play the shooters on the wings. 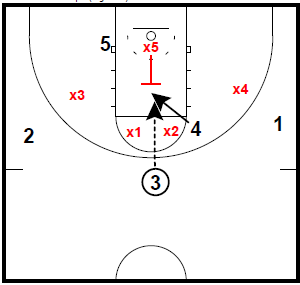 After setting the Flare Screen, the 4 player will slip into the middle for the Pass for a Shot or High Low.

When the pass goes to the 4 player, X3 and X4 cannot pinch down quick enough to stop the high low because they are out on the wings playing the shooters!!

If they do recover, the kick out pass to the wing is open for a 3-pointer!! 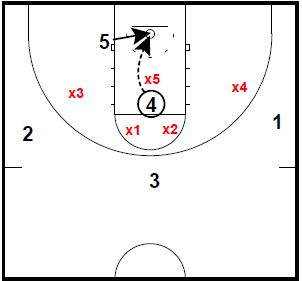 If the ball is passed to the wing, play the Short Corner Game!!