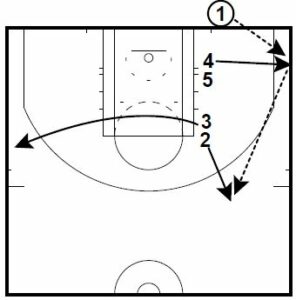 Coach Vonn Read has submitted several plays from his playbook series The Basketball Encyclopedia of Plays to the Coaching Toolbox. Vonn is the Associate Head Coach for the Women’s program at Syracuse.

Run this play when you are inbounding the ball from under your own basket against a 2-3 zone. 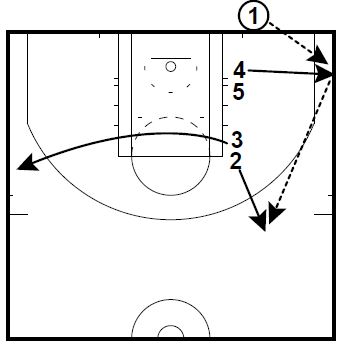 The 4 player will pop out to the corner for the ball.

The 3 player will cut to the opposite wing.

The 2 player will pop back for the pass from 4. 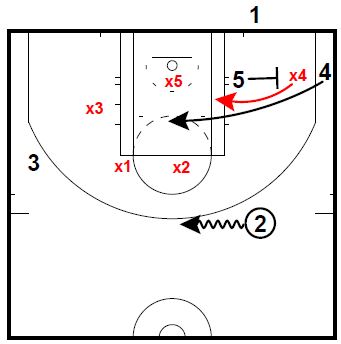 The 5 player will step out and screen the forward in the Zone, with the 4 player flashing into the middle of the paint.

The X4 defender will usually fight over the screen, which sets up the play for the shooter.

The 2 player will dribble to the key area to drag the Zone. 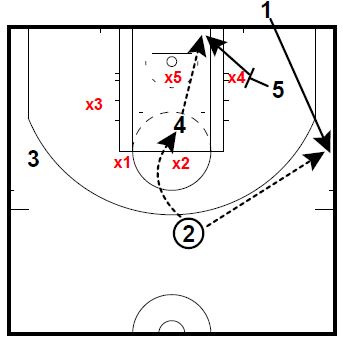 The 5 player will re-screen the X4 defender with the 1 player coming off the screen for the shot on the wing.

The 2 player can also pass it to the 4 player in the paint, which can result in a High Low Pass to the 5 player for the layup. 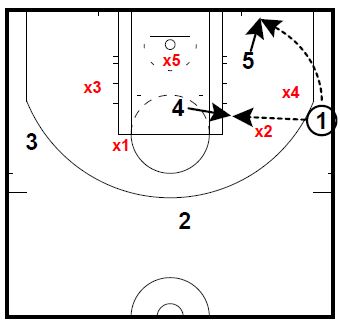 If the shot is not available for the 1 player, you can pass it to the high post or short corner.