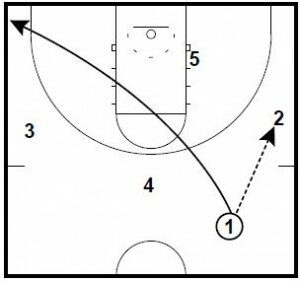 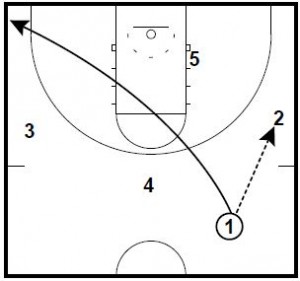 This is a good 3-point set right out of transition for your 4 player (Shooter) at the end of the game.

The 1 player will pass the ball to the 2 player and then cut to the opposite corner. 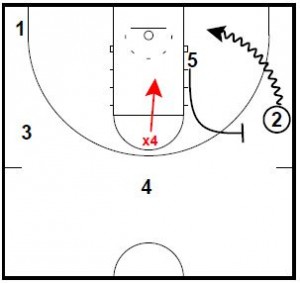 The 5 player will step up to set the fake ball screen, which sets up the 3-point shot.

The 2 player will drive the ball hard to the baseline, looking to force help by X1 or X4.

If you only need 2 points, a lot of times this action will result in a layup. 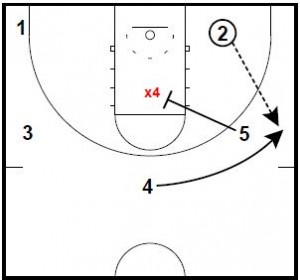 After faking the ball screen, the 5 player will screen in on X4 in the paint.

X4 will usually help on the penetration by the 2 player, which opens up the 3-pointer by the 4 player.

The 4 player will sprint to the wing off the screen by the 5 player for the 3-point shot.