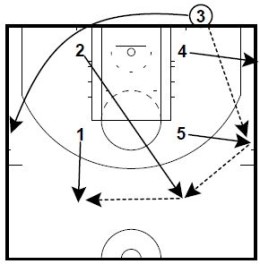 This is a good set for a 3 pointer. 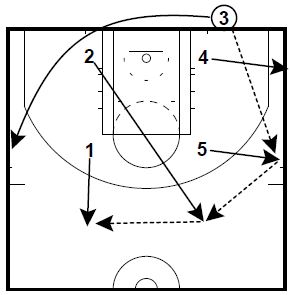 This is a good play for a quick 3-point shot against a Zone.

The 4 and 5 player will pop out to get the pass.

The 2 player (Shooter) will pop high for the pass and then reverse the ball to the 1 player.

The 3 player will cut to the opposite wing. 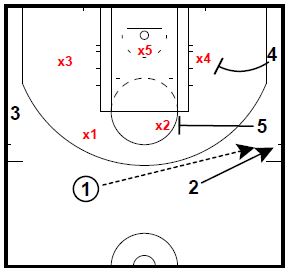 The 4 and 5 player will screen the outside defenders in the Zone to set up the flare screen for the 2 player. 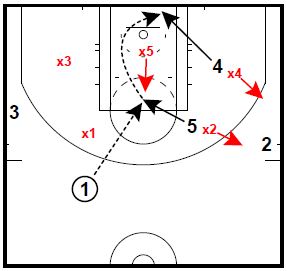 If X4 and X2 cheat over the flare screens to deny the shot to the 2 player, both the 4 and 5 player will slip the screens.

The 5 player will slip and shoot the jumper at the nail. If X5 steps up to challenge the shot by the 5 player, the 5 player can go high low for the layup to the 4 player. 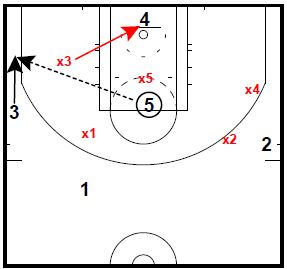 If X3 sinks to stop the layup by the 4 player, the 5 player can pass it to the 3 player for a 3-point shot.