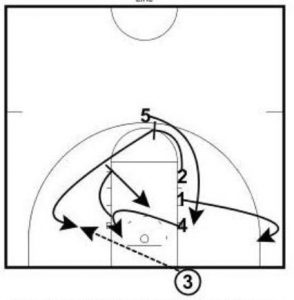 This would be a good one to save for the last couple of minutes of a game where you need a score.

That way, your opponent would not have defended it earlier in the game.

The name of the play is “Line.” 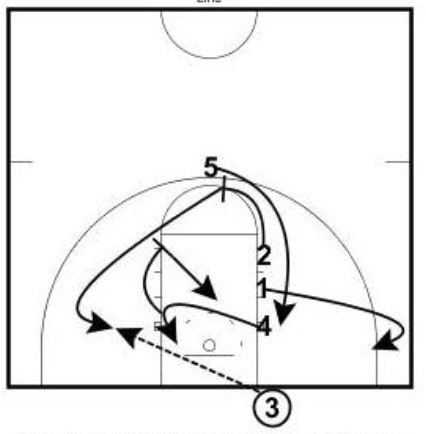 4 dives to opposite block

2 peels out and screens 5

4 screens 2, then dives to the rim

1 cuts outside the arc on ballside

2 cuts to short corner opposite ballside

A couple of thoughts of mine on inbounds plays.  Have the players begin their movements when the inbounder catches the bounce pass from the official.  I don’t like the idea of slapping the ball–it wastes a second on the five second count.

Even if you have a particular cut or a particular player that you are looking to hit, don’t turn down an available receiver who is open.  Throw the ball in to the first open player.