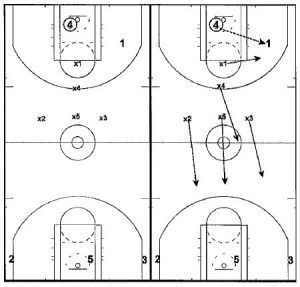 These basketball drills are from Butler Men’s Coach Brad Stevens.

They were sent to me by Coach Steve Smiley as a part of some notes from the Florida Basketball Coaches Clinic.

These drills go with notes from our blog post that contains the outline of Coach Steven’s presentation: Butler Defense Notes

Goals for the drill and for transition defense: 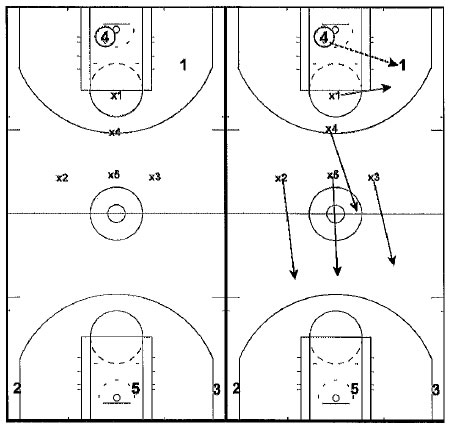 1 ball is being moved among the three offensive players. The defense is either: 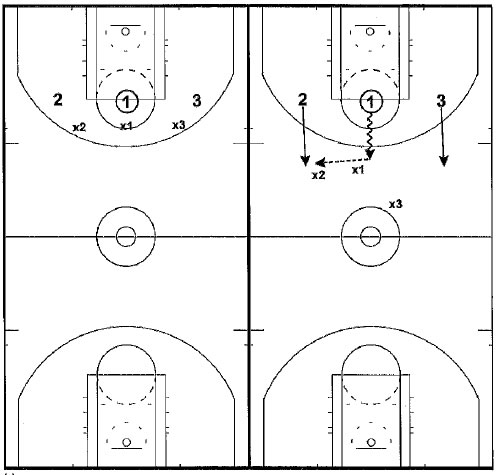 Jump to the Ball Drill

All players line up in the middle of the floor.
Coaches (under the basket and two on the sidelines) move the ball and all thirteen guys jump to the ball on every pass.
Simple and easy, but a great way to build and reinforce good habits.

Jump to the Ball Series