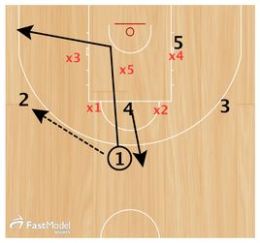 This zone attack set is from the FastModel Sports Basketball Plays and Drills Library The site has thousands of drills and plays.

The play was from The 2014 FIBA World Cup. The play was run by Lithuania in their game against Angola.

Also, as with every page on the site, I want to remind you that you can print the drill as a pdf by using the icon at the bottom of the post. 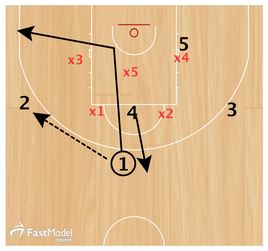 PG passes the basketball to the left wing and cuts to the corner. 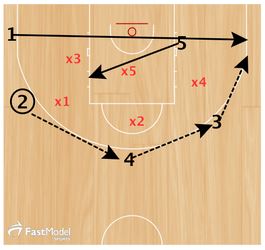 5 flashes to the basketball.

1 sprints from corner to corner. 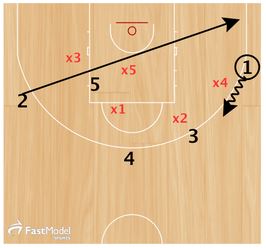 If x4 covers him to take away his shot, 1 dribble drags x4 away from the baseleine as 2 fills the corner for a three pointer. 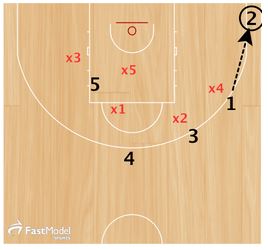 2 fills the corner for a pass back from 1 and a three point shot.

If x5 covers 2 in the corner, O5 should slip to the ball side block.