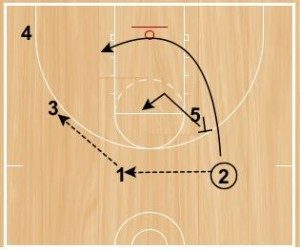 This set is for attacking a box and one defense.

It is from a series of plays diagrammed by Northridge Prep (Chicago) Boys Head Coach Will Rey.

Coach Rey is one of the nation’s premier zone and combination defense coaches.

He was inducted into the Illinois Basketball Hall of Fame in 2015.

I have a link to download the entire 11 page pdf with ideas for attacking a box and one at the bottom of this post.

Before taking over at Northridge he was the head coach at Loyola University (Chicago) and was an Assistant at Evansville and Wright State. 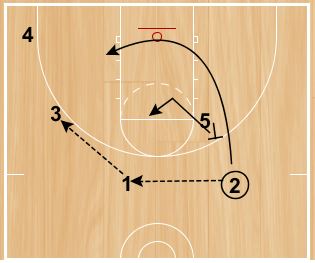 2 is the player being played man to man. Remaining defensive players are in a 2-2 box.

After 1 cuts by, 5 flashes into the lane. 1 has the option to hit him if he is open. 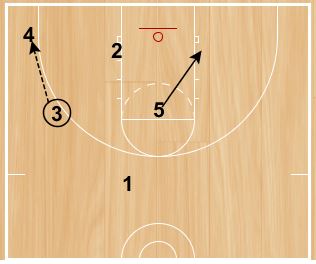 5 moves to the opposite side low block. 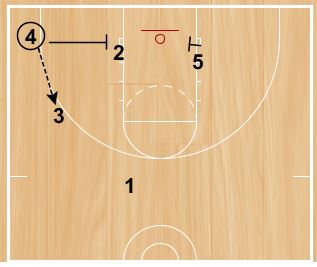 4 returns the pass to 3 and then screens in for 2.

5 also screens in on the opposite side.

2 can cut off either screen. 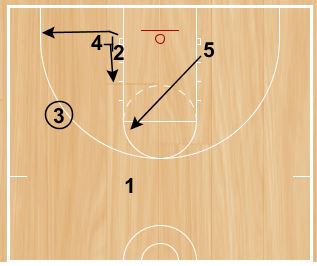 If 2 comes off 4s screen, 4 also looks for the ball after screening.

2 can also cut off of 5s screen on the back side. If he does, then 5 flashes to the ball after screening. 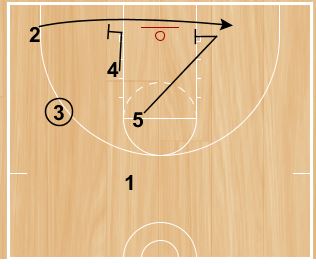 Click this Link to download the 11 page pdf of several ways to attack a box and one defense.