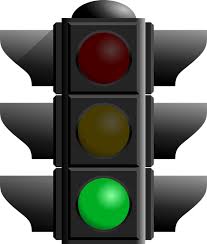 This article was written by Arkansas Women’s Coach Mike Neighbors.

Coach has his monthly newsletter up and running again. If you would like me to forward your email address on to be added to his list, just let me know.

Do you know what the above items have in common with the Green Light Shooting License? Play-doh? Coca Cola? Ice Cream Cone? Potato Chips? Slinky? Dynamite?

Don’t be a millennial and Google it… Guess?

They were all discovered by accident. Now, you can look up each of them and learn when and how and why. But I want to share how Green Light Shooting was accidentally discovered.

I was a first year coach. We had on campus a prolific scorer who was on pace, and would in two seasons break our school’s All-Time scoring record. She was a junior. A team captain. A true leader. Everything a rookie coach would want.

We also had a roster full of players who were Shooters, not necessarily Makers, but players who had been recruited to fill that role.

We needed a system to help us determine Shot Distribution.

The old English proverb “Necessity is the mother of all invention” illustrated.

The birth of the Green Light Shooting License.

To earn the Green Light in practice each of our players were given the opportunity to come to the gym, with coaches, and attempt to earn their License.

The license was good for one week. Players must re-earn their license each week.

Our plan was beginning to take shape.

Players were “surrendering” to the team. When a player would stop coming to even try, that opened the door for a very easy conversation. We would ask them why they stopped coming to try. Their usual answer was that they couldn’t reach the standards of times/scores on the drills.

At first I was worried this might be a bad thing. But it wasn’t. It was a great thing. These players wanted to know “other things they could do” to earn playing time and help the team win.

When we started to have this crucial conversation with multiple players, we also introduced lineup efficiency to our team to reward things other than scoring. This was a simple chart that kept track of each lineup and what the score was when that lineup was on the floor together. Now, who scored was of less importance.

Although it would take some months for us to conclude this, we were also seeing our two best shooters gaining even more confidence because there wasn’t talk of them being ball hogs/shot searchers/etc. They could survive in the locker room and, in fact, thrive.

As our Green Light Shooters began earning the respect of their teammates they also began pushing each other during the drills.

It forced us as coaches to constantly be creative in our drill design to keep things fresh for them.

With four seasons of evidence at Washington, we were convinced the implementation of this system had the most impact on our program winning 98 games in four years, playing in 3 NCAA Tournaments, 2 Sweet 16s, 1 Final Four, while producing three of the programs Top 5 scorers of All-Time.

As a result, we have continued and modified some things with our transition to Arkansas. We might not have enough evidence to draw conclusions yet, but we do see many of the same signs and the same “unintended consequences” beginning to take shape.

Since implementing this system, we as coaches, have felt well equipped to have discussions with players, parents of players, and family on the topic of shot distribution on our teams. While we aren’t there yet at U of A, at Washington those conversations had virtually ceased.

We had one instance in which a parent asked for the meeting but once the player explained the system, the meeting never happened.

As we said earlier, 75% of this all happened by accident. The “unintended results” have been the magic though.

Our teams have tended to have:

1) Very identifiable roles for scorers
2) Team cohesion in the locker room and on the court
3) Tolerance and appreciation of other valued roles
4) Competition and desire to improve among the elite scorers
5) Produced teams who have peaked late in the season
6) … and is FUN!!!

Not here to tell you that it’s all rainbows, unicorns, and roses every day. It’s not. But what is in the game of basketball these days!!

Next want to delve into how and why we chart the drills. We keep record of every shot with our players. We post them for everyone to see as well. Even in today’s world of ever evolving technology, there is still something significant about seeing your name ranked among your peers.

Coach Neighbors has produced a Championship Productions Video (available as a DVD or an Instant Download).  You can find out more about it at this link:  Green Light Shooting: Determining Shot Selection and Shot Distribution

You can use any drill you want to design to fit your system and your style of play. These are the ones that we have developed over the years. Some are 20 years old, with 20 years of times/scores. Some are newer. All are constantly being tweaked. Please let us know if you have good ones that we might could use as well.

It’s very important that all drills be simulated under the exact same conditions for each player. If you have two balls for one player, one morning, it’s very important you don’t allow another player to have three in a timed drill. Do your very best to simulate exact conditions. This will eliminate the appearance of bias.

We want our drills to vary skills and vary game situations. Some drills simulate Game Shots at Game Spots at Game Speed. Some may simply choose to emphasize Game Shot from Game Spot.

Set the time/scores so that they will be a challenge to the very best scorer on your team. Even if that player is consistently #1 on your team, they will be motivated by the All-Time highs of past players.

One season we competed against another University in our drills. We would do weekly challenges and found great value in doing this.

Just like in most every other aspect of our great sport, the secret sauce is NOT in the WHAT you are doing… but the HOW and with WHO!!! You must make this your own. Borrow and steal some ideas to help you get started, but simply trying to copy it will not yield the desired effects!

Coach Neighbors has produced a Championship Productions Video (available as a DVD or an Instant Download).  You can find out more about it at this link:  Green Light Shooting: Determining Shot Selection and Shot Distribution