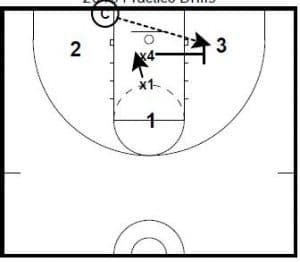 Coach Remington is also a basket instructor for PGC.

I have a link at the bottom of the post for you to access the entire pdf of his Favorite Practice Drills.

The drill is not game-like, but in my opinion it does simulate inside defenders moving to establish defensive positioning and then having to get rebounding position when a shot is taken.

Hopefully you can tweak it in a way where it can be added to your drillbook.

Or, it can be used as a new drill here in the second half of the season.

There are several ways that you can make the drill competitive: Split into 2s, 3s, split the team into two teams, you stay in on defense until you get 3 rebounds in a row, a point per rebound, see which pair can get the most consecutive rebounds. 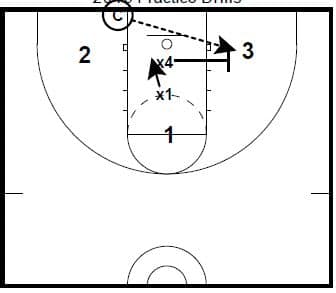 Coach starts with ball under the basket.

x1 and x4 play scramble defense together as 1, 2 and 3 pass the ball to each other… 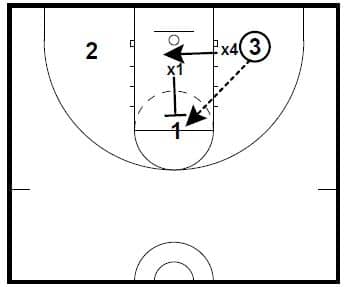 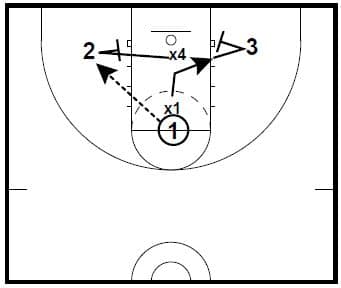