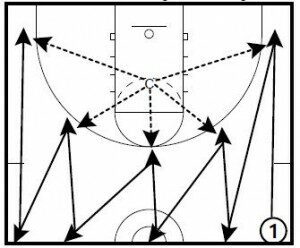 Some shooting drills with some conditioning that hopefully you might be able to use in your pre-season program if you are allowed to work with players, or to file and use in your early season practices.

These drills are from Coach Justin Remington’s Moreno Valley High School Out of season (aka improvement season) Shooting Program.

He is also a basket instructor for PGC (Point Guard College)

I posted some other shooting drills last month at this link: 3 Competitive Shooting Drills 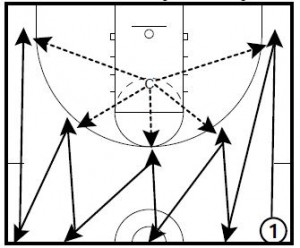 PLAYER MUST MAKE TOTAL OF 10 SHOTS 2 FROM EACH OF THE 5 SPOTS AROUND THE PERIMETER:

Player sprints to corner and receives pass from coach, if it is missed they must sprint
back to half court and back to the same spot again until it is made…

the wing shot, then TOK, then other wing, and then corner… 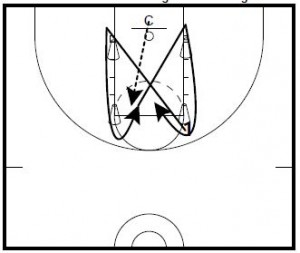 Player starts at the top of the right elbow sprints diagonally to left block, turns and curls the corner and runs up to left elbow, curls and receives pass from coach for a shot,

The possibilities here and patterns are endless, use your creativity to incorporate agility into shooting… 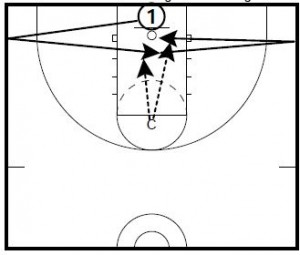 Player starts under the basket and sprints to the sideline, touches, and sprints back receives pass from the coach and finishes
(can be a regular finish or a reverse layup, or any style of layup finish you feel needs to be worked on)…

Player will go to the other sideline, touch, and come back t o the rim again for another pass from the coach.