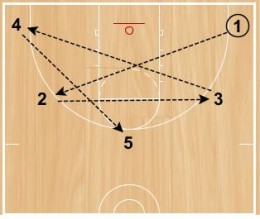 This drill is a from Arkansas Women’s Coach Mike Neighbors’ newsletter.

His basketball coaching newsletter is one of the oldest and best around.

If you are interested in joining his distribution list, email me and I will pass your email address along to him.

This drill is used in his college women’s program, but can be tweaked to fit the resources and personnel that you have available in your coaching situation.

I hope you can find a way to find a system for all of your shooting drills to reward both game speed and shots made.

We put a new twist on an old classic. I grew up shooting “stars” with my uncles in the driveway.

We always tracked number of makes or timed how long it took me to make 10 or 12.

Looking for a new way to insure players took game shots, from our game spots, at our game speed, we came up with this way to make it competitive among our three point shooters.

Keys to this drill:
1) Our game shots
2) From our game spots
3) At our game speed 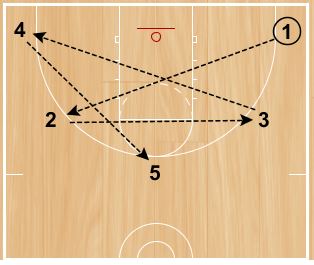 Back to the starting corner for 6 and repeat the pattern of wing, wing, corner top to finish with 10 shot attempts.

We start the time as soon as she releases first shot and stop on release of shot 10.

We then take the total time and subtract 3 seconds for each MADE shot. 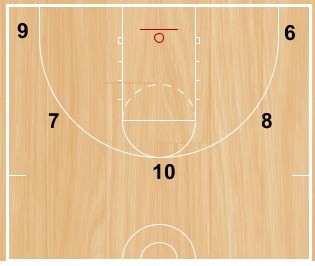 This tracking rewards the player for sprinting between while being able to settle and make shots.

The goal became get as close to 0.00 has possible.