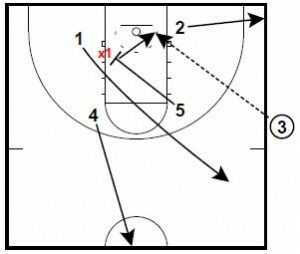 Vonn is the associate head coach for the Syracuse women.

A couple of ideas for short seconds inbounds plays (one under and one side) to think about using or adapting this year or filing for next year. 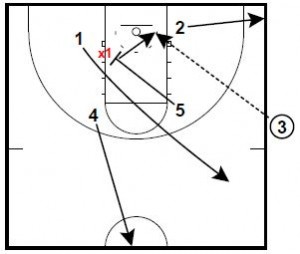 This is a good EOG Set for a Layup.

This set capitalizes against a team that switches everything at the End of Games.

The 4 player will pop out to half court and the 2 player will cut to the corner to space the floor.

The 5 player set a diagonal screen for the 1 player, anticipating the switch.

The 5 player will screen and seal X1 on the switch for a lob pass layup.

X5 will be too short to defend the 5 player on the switch.

Also, you have a big on small mismatch on the perimeter. 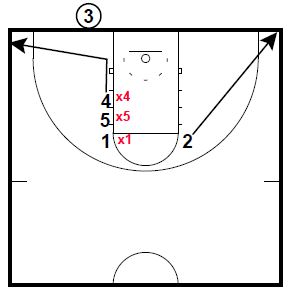 This is a good Short Clock or End of Game Play.

The 4 Player will dive to the block and cut to the corner.

The 2 player will space to the opposite Corner. 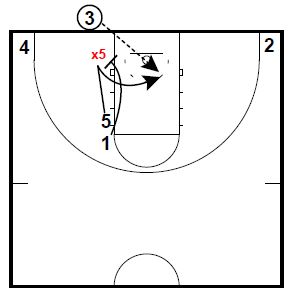 The 5 player will dive down the lane line right behind the 4 player.

The 5 player will ask for the ball coming down the lane to set up their defender.

The 1 player will come down the lane right behind the 5 player.

The 1 player will set the back screen lob for the 5 player.

Have the 1 player set the screen so they cannot easily switch the backscreen. X1 should be too short to stop the lob.