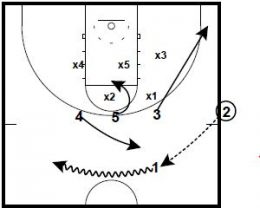 A couple of plays to run from a sideline inbounds situation against a 2-3 zone.

With a few tweaks, you could also use these as half court set plays against a 2-3 defense.

These plays are from Wes Kosel’s Playbook “Best Zone Sets from the NCAA Season.”

You can get any 2 playbooks from our online store for $25 at this link: 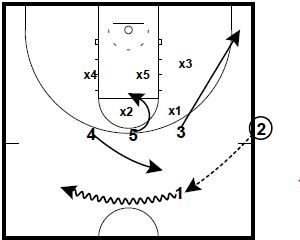 5 moves to the high post and 3 to the corner. 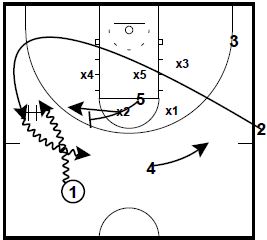 2 cuts to the opposite corner and gets a hand off from 1 on the left wing. 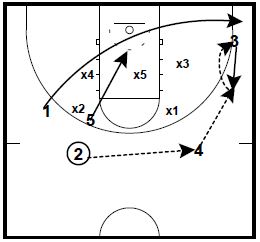 1 runs the baseline to the corner for a shot.

5 rolls into the lane. 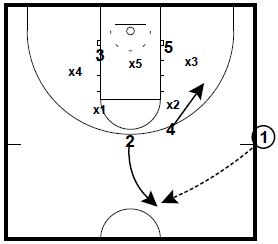 4 slides below the free throw line. 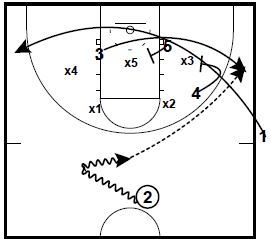 After inbounding the basketball, 1 cuts all the way through to the opposite side.

2 dribbles toward the side that 1 is cutting to, then reverses direction with the purpose of getting x2 to guard the ball.

4 and 5 screen the zone defenders as 3 cuts off their screens for a shot.