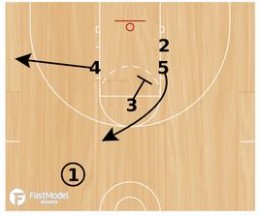 These two plays came from the FastModel Sports Basketball Plays and Drills Library.

The plays were contributed by Lason Perkins from the Spanish Liga ACB and the Spanish National Team.

Coach Perkins has worked at the high school, college, and semi-pro level for over 20 years.

He is currently the Head Boys Basketball Coach at Cary Academy in North Carolina.

He has created over 20 instructional videos and 5 books on basketball offenses.

He has built a reputation for being an expert on international offenses and styles of play.

Here is a pick and roll set utilizing an back screen on the screener’s defender. The 2015 Spainish national team successfully used this action in the championship game of the European championship against Lithuania. 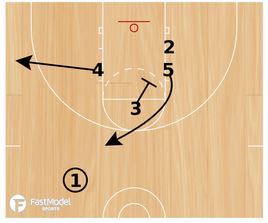 3 screens for 5 who sprints into the ball screen.

4 clears to the corner. 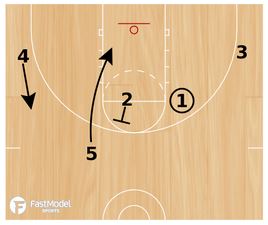 5 rolls to basket and 2 steps out.

Liga ACB or Liga Endesa is the top league in Spain. This is a pick and roll action that was popular in the league several years ago. 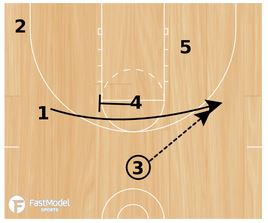 1 drives and reads the defense. 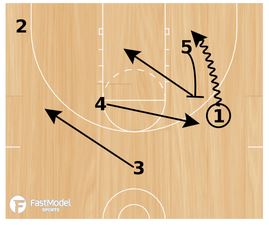 5 sprints and sets a step up screen for 1 as 3 fills the high diagonal spot. 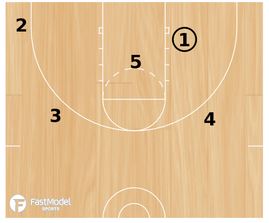 1 will cut across the lane off 4 and catch on the wing.