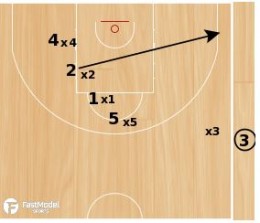 This play to get a three point shot came from the FastModel Sports Basketball Plays and Drills Library.

The play was submitted to FastModel by Andreas Barthel.

The idea of the play is to use it at the end of a game when you need a 3 point basket.

It is a triple decoy play that forces numerous switches. 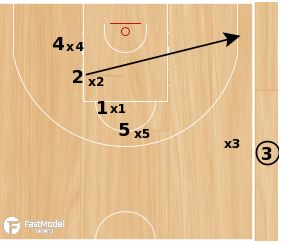 2 cuts to the ball side corner. 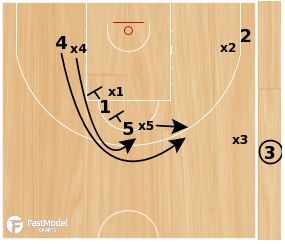 The design is to force the first switch between X4 and X5. 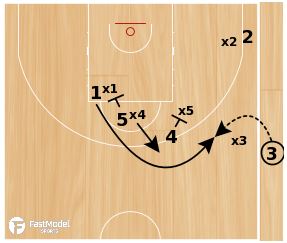 1 then comes off a down screen by 5.
Looking to create a second switch between X1 and X4. 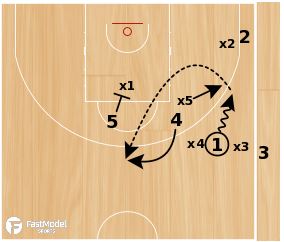 1 begins to drive the ball away from the screening action to force X5 to help.