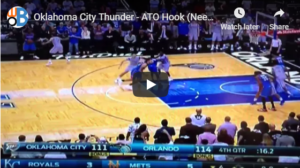 Note #2: The purpose of this post is not to say that you should run this exact play.

But, I hope it does motivate some discussion and thinking among your coaching staff as to how you can possibly incorporate some of the actions in this play to your team’s end of game situations, or as to what you can do to counter teams that switch everything at the end of the game in this situation.

Many of the players have changed teams. The point of the post is to give you ideas on ways that you can put your players in positions to be successful.

Billy Donovan drew up this ATO with under 10 seconds remaining as the Oklahoma City Thunder trailed by 3 at Orlando. If you’ve followed Coach Donovan for years, you know he loves screen the screener actions for his best players. 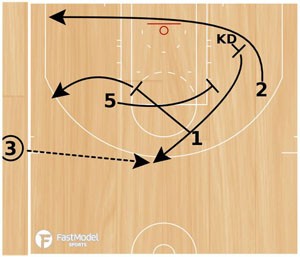 Durant screens 2 (Augustine) to the corner as 1 (Westbrook) screens 5 (Adams) into a pindown for Durant. 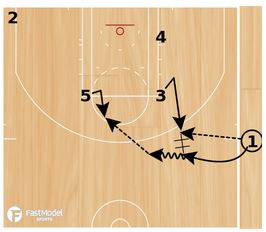 1 cuts off 3 and receives dribble hand off.

1 dribbles to get better angle to pass to 5. 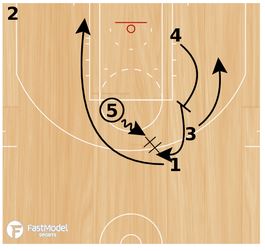 4 receives guard get for 3pt shot from 5.