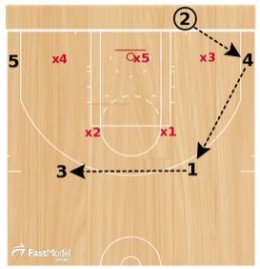 This week’s X and O post is from the FastModel Sports Basketball Plays and Drills Library The site has thousands of drills and plays that have been submitted by basketball coaches from around the world.

The first play is a Baseline Out of Bounds Play to run against a 2-3 zone and the second is a man to man BLOB. 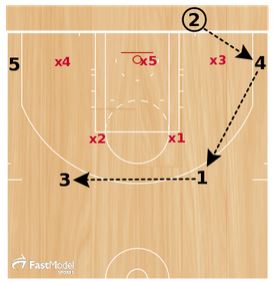 2 inbounds the ball to 4 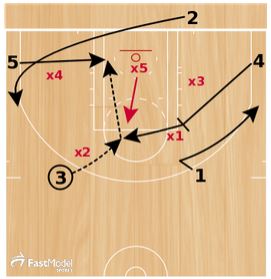 4 sets a flare screen for 1 on x1, then flashes to the high post.

2 runs the baseline and fills the corner.

5 cuts to the basket.

This play was contributed by Fabian McKenzie who has been a head coach at the university level for 16 years. He has been involved with the Canadian Women’s National team program for the past 8 years. 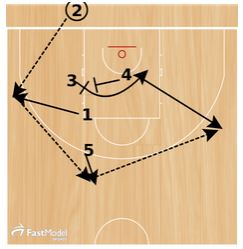 If 1 catches it, immediately pass to 5 who swings the ball to 3 who has popped to the opposite wing 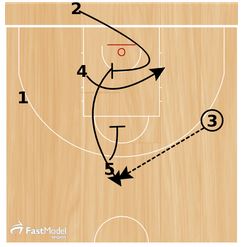 2 sprints toward ball and then turns to set a cross screen for 4 to come to rim. 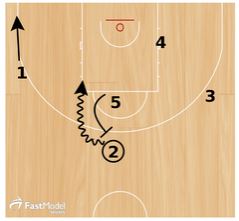 As 2 catches it, 1 slides to corner and 5 turns to set a ball screen.