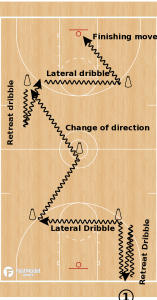 • #1 dribbles to the first cone and then performs a retreat dribble.

• After the retreat dribble, #1 dribbles back towards the same cone.

• #1 then completes a lateral dribble to the next cone.

• Once they reach the second cone, they drive hard to the middle cone with their right hand and complete a change of direction move.

You can also find out more about FastDraw Play Diagramming software by clicking this link: FastDraw 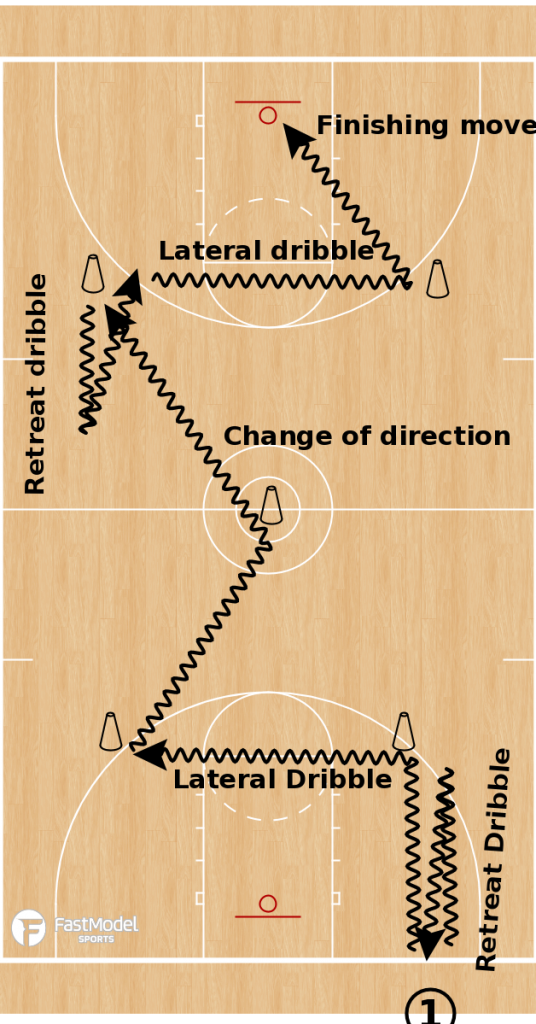