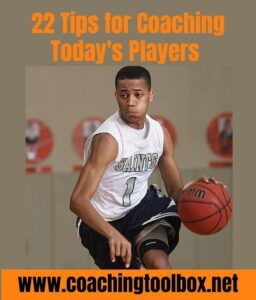 This post was written by Alan Stein, Pure Sweat Basketball

Players today are different than they were when I was growing up… and I’m not even that old. I know every generation says that… but it’s true.

What does that have to do with basketball?

Basketball has always been and will always be an interpersonal activity that requires human connection and communication.

Coaching is all about building quality relationships. As they say, ‘it ain’t about the X’s and O’s… it’s about the Jimmy’s and Joe’s.’

But because of things like social media and the ‘everyone gets a trophy’ mentality, the Jimmy’s and Joe’s of 2015 are not the same as they were in 1995.

And even though we can’t stop the waves… we can all learn to surf.