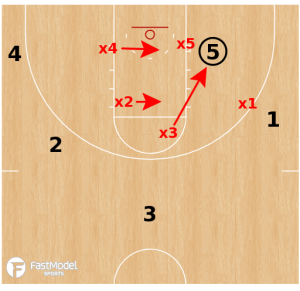 This article on the tactics used by Loyola Chicago to double team the low post was posted to the FastModel Sports Basketball Plays and Drills Library by Matt Wheeler.

Matt Wheeler has spent the last 10 years coaching in the Orlando, FL area.

Some ideas for defending the low post if you have a lack of size.

They will usually bring the extra defender from one of three areas: from the top, from the baseline and from the closest perimeter player.

Skilled teams can make you pay for putting an extra player on the ball.

Passing it out of the double team will put the defense in outnumbered situations.

The Ramblers excel in rotating out of these situations to get matched up before the offense can make them pay.

Doubling from the Top

x2 cuts to the nail 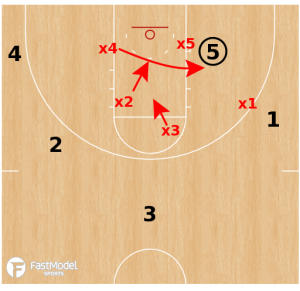 Doubling from the Baseline

x3 cuts to the nail 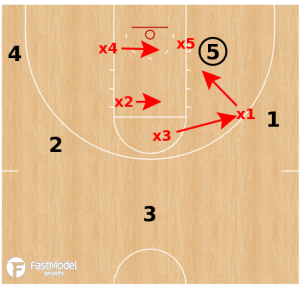 Doubling from the Closest Perimeter Player

x2 cuts to the nail

x3 rotates to take away the pass to the wing. 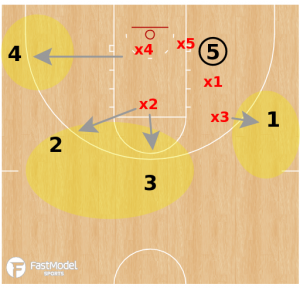 Defensive Responsiblities w/ No Cut to the Basket

x2 takes the first pass to the top.

x4 takes the furthest pass to the corner opposite corner. 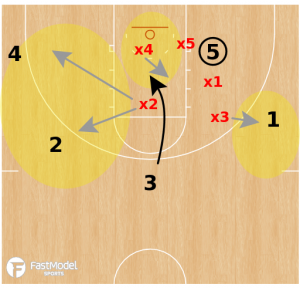 x2 bumps the cutter then must close out on the two furthest passes.

x4 denies the cutter and protects the rim.