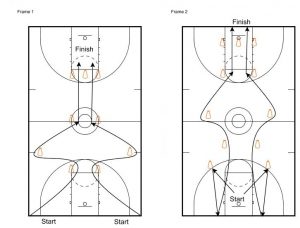 Below are 4 of my favorite agility drills that emphasize a competitive environment.

The first thing I do is pair up my athletes by size/speed.

The paired athletes will line up opposite each other and essentially race each other to the finish line.

The race begins on the coaches command.  (Note that agility drill 2 and 4 begin with a close-out drill). 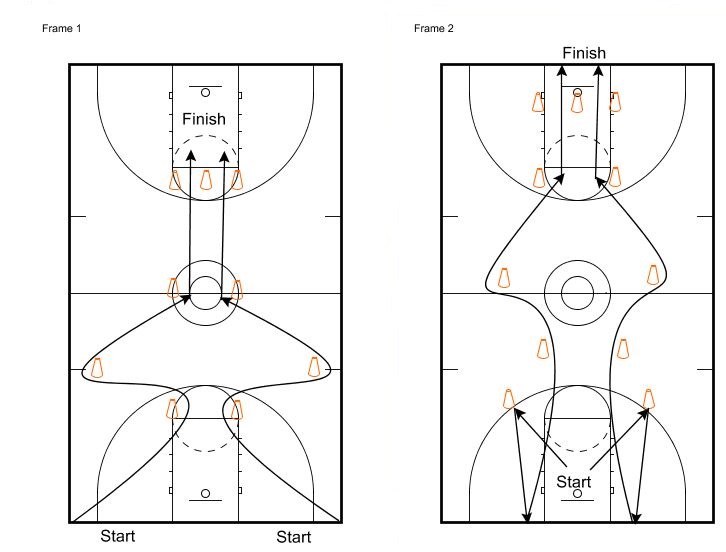 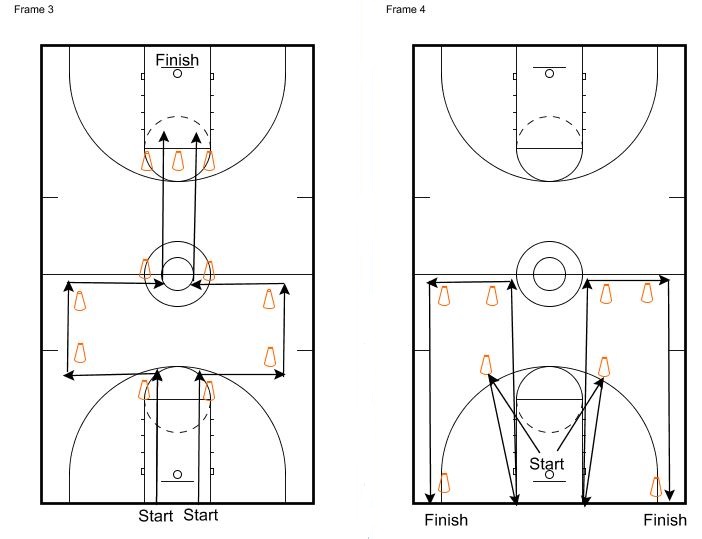