This article is republished with permission. The original article appears at Beware of Season Slippage. 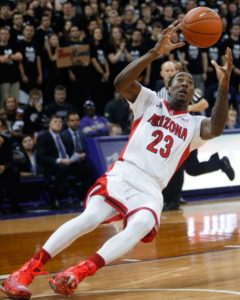 We’re at that stage of the season.  No matter the current level of success of our teams, coaches and players alike are susceptible to mid-season doldrums.  The reasons are varied but include the following:

Whatever the reasons, all coaches have to be on guard for season slippage.  The other night I was watching a team on the tube that I see often and very soon I observed that they were 5-10% “off” in the energy and focus area.  That’s all it takes to slip enough to be significant and the team in question got behind by double digits. After the half, the energy and focus resumed to normal for this team but the first half damage had been done and the comeback came up short.

If a coach knows or suspects slippage from his team, there is no better way to illustrate this to players than by isolating on video 5 possessions with high energy and focus from an earlier game and compare them to 5 lower energy possessions from a recent game.  Graphic proof always resonates better with players than verbal generalizations.

How do you prevent slippage with your teams?  Let us know in the comments section below.