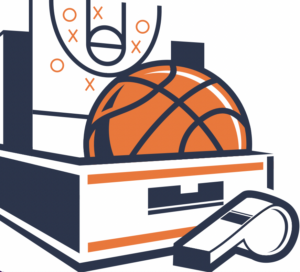 Coach Anstett has taught English coached at the high school level for over four decades. He is A Golden Apple nominee and two-time inductee (as a player in 2011 and as a coach in 2014) into the Illinois Basketball Coaches Hall of Fame.

In many cases, coaches improve their craft by coaching poor teams. That experience might not become the basis for restful sleep or a memorable book, but coaching and surviving poor teams, either from a lack of talent or from an unwillingness to play together, can help those coaches learn more fundamental and creative ways to teach the game better. Thus, those hard lessons subtly prepare coaches for those future teams who are ready to win and have the talent to do so.
One area of basketball that is often overlooked is the instruction of post defense, especially for a hungry, talented post player who comes along once in that “blue moon” in high school. Many less successful teams will not have a good inside presence at either end of the floor: too small, too slow, afraid of contact…you know the drill. Now, imagine that you do have that one special inside player in the upcoming season or know you have a big stud coming into your school in the following two to three years. The player can score, but can he/she defend? Can he/she play great one-on-one defense, also provide great help D, and stay in the game by avoiding unnecessary fouling? The following ideas are based on the Al McGuire concept of, “Offensive post play is taking up space; defensive post play is taking that space away.”

When helping players learn ways to defend a post player who catches the ball on or above the block, I encouraged that defender to be a “ghost.” Many defenders immediately try to body up the offensive player and eventually foul or give up an easy layup. Thus, I teach the defender to “play invisibly,” so that the offensive player has to determine exactly where he/she is. The defender plays “cat and mouse.” By moving around the post player before he/she gets the ball, the defender is able to “ghost” that space. Those precious seconds can alter the play of the offensive player and keep him/her hesitating as to what move to make or where the best position lies to make a clean catch. In addition, the offensive player might feel a quick drive is in order, and crash/charge into the defender. The one basic concept to instruct to the defender is: On the catch by the offense, take a quick half-step off the receiver. After that half-step, defense is played with the feet and the chest. Posts typically make their move by “feel”; thus, by getting off the offensive player, the ghostly defender can take that away. Depending on the scouting report, most right-handed, back-to-the-basket players rely on their left shoulders to attempt to score. Taking that attempt away with a quick slide, holding ground to play for the charge or the strip (not the blocked shot) are the main teaching points. In those ways, the defender stays on the ground. If the offensive player begins to back in with the dribble, as is typical today, the defender uses his/her chest to wall off the move, complemented by quick, lateral slides. Defenders must anticipate the direction of the move and block that path. On the shot, defenders raise one hand for the “picket fence.” Rick Majerus described this part as “the principle of verticality.” The hand stays upright vertically, as if there is a pane of glass between him/her and the shooter, thus making the offensive player shoot OVER the vertical hand. A strong block out follows.

Being a “ghost” comes into play again with this aspect of post defense. Defenders in this situation avoid being sealed, moving quickly around, behind, and in front of the offensive player. The McGuire and Majerus concepts are still applicable in this situation. The offensive player has limited awareness of the whereabouts of his/her defender. Defenders who use this approach take away the concentration of the offensive player attempting to post and can even disrupt the player’s ability to catch a pass with prime position. Of course, the defender cannot give away good position too easily, determining to be between the opponent and the rim upon a catch, then taking that half-step off the offensive player on a catch, as described in the previous section.
Naturally, both of these instructions take correct repetition within post breakdowns at practices. As with most cases, some inside players can become very good at becoming “ghosts” and others will struggle. Some success will stem from the physical attributes of the players involved, but any player with the will and coachability to defend well can learn and use these techniques. If (the late) 6’6” Jerry Sloan with five fouls could phantom around a 6’11” post player and keep the ball out of the post-as I witnessed as a high schooler at the Chicago Stadium in an NBA game in 1968-a high school player can learn these aspects of good post defense.