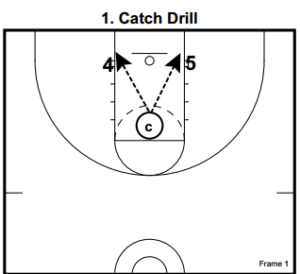 The diagrams and explanations for improvement season post player drills was sent to me by Nate Hill.

Nate has coached for 18 years from 7th grade through Varsity Head Coach.

He has contributed several articles for the site.

The drills can be used in season practices or during improvement season.

Add in moves and scoring opportunities that are a part of your offense.

You can make them competitive by requiring the drills to be completed in a certain amount of time and counting shots made.

You can also add a defender to make the drills more game-like. 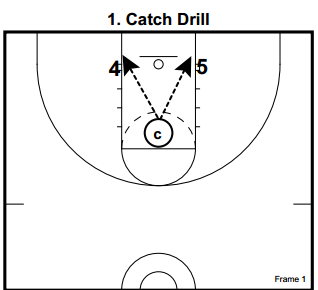 Coach throws passes to posts above the shoulders.

Posts hop with their hands in the air ready to catch ball.

Balls stay above head and don’t drop below shoulders. 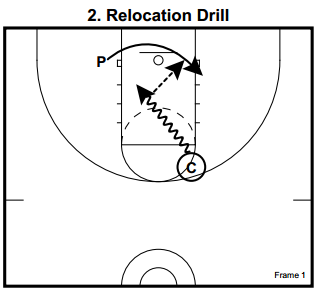 Coach drives middle and the post reads the middle drive.

The post crosses his leg over and drives leg thru taking 2 big steps
across the lane.

Player jumps up an down looking for catch and keeps the ball above his head. Go from both sides. 4 passes: lob, wrap, bounce, shot 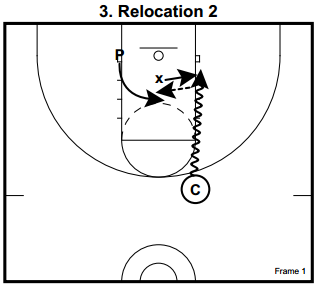 Coach drives down right side, and big man reads this. 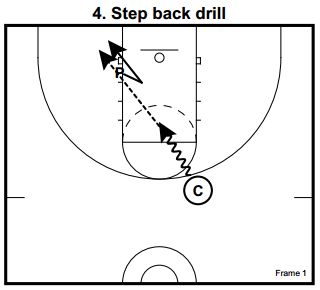 A counter to the relocation drill.

The coach drives middle and the post reads the middle drive.

There is no one in the short corner, the post reads this, steps back and shoots the mid range jumper. 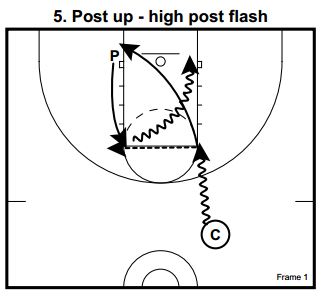 Post wants to bring defender out and beat defender off dribble.

He catches at high post, and drives to rim off the cut from the guard.

5 drives and 5 elbow jumpers each side.