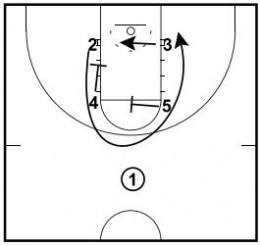 This post was written by Bert DeSalvo and reprinted with permission from his Basketball Coaching Blog, Expressions from the Hardwood

Editor’s Note from Brian Williams, the Coaching Toolbox. I like the emphasis this article puts on determining what types of traditional stats and analytics that your team could benefit from and focusing on those. I also believe in measuring the process of going to the offensive glass and block outs as a part of evaluating your rebounding.

My third takeaway from this article is that you have to use context when evaluating your stats. I had a friend who played for a very successful coach. After one game, he got on his team hard because they had been outrebounded by their opponent by three rebounds. Their team had gone 6 for 15 from the free throw line, which was way below their season free throw percentage. He realized that had they made 4 more free throws that their opponents rebounded, they would have won the rebound battle by one. As coaches, we have to be careful and think clearly

I recently read a great article by Gabe Kapler, former MLB player and Minor League Manager, on how current MLBers need to reexamine how they are looking at their individual performance. This reevaluation has to do primarily with looking at statistics differently.

In the article Kapler suggests that “Players simply need to stay in ‘baseball school,’ pay attention, keep an open mind and evolve with the decision makers.” Quite profound.

As a basketball coach, I started thinking is our profession thinking outside the box regarding statistics?

As basketball coaches (aka ‘decision makers’) and teachers, we tend to have that favorite stat that we always are interested in and focus on. For some it is field goal percentage, for others it is 3pt field goals attempted. Others have a defensive charts that tally deflections, shot clock violations, etc. The possibilities are endless and probably depend on our personal basketball journey (prior coaches, favorite teams/coaches, clinics, etc.).

For instance, I have known coaches at halftime or the end of the game, who go right to the rebound margin to see how the team was rebounding in a particular game.

The problem for me was that this statistic was most often very skewed. The reason why I believe this was because sometimes this category was very sporadic from game-to-game.

Well surely the opponent and their personnel matters. However, these up and down statistics were usually a direct result of something else I thought.

I found that some factors that gave the stats a slanted may have been: the opposing team was not pursuing the ball on the defensive or offensive end very well, the ball bouncing was our way (or not), we were simply taller or short than our opponent, there were lots of turnovers which limited shot attempts, or the fact that one team had one of the premier rebounders in the conference/nation who covered up many of his/her team’s rebounding deficiencies.

Whether you agree with my conclusion or not, as a Head Coach I never really focused on total rebounds (although that is important and locks up your defensive possession) but rather rebounding technique, i.e. defensive blockouts and offensive pursuit.

My definition of a ‘defensive blockout’ is making contact on each shot by the opposing team while I defined an ‘offensive pursuit’ as having our players taking at least three steps towards the offensive glass.

The result is much more process oriented rather than results oriented. As long as we were making contact or crashing the offensive glass, good things were bound to happen. That was much more of a better indication of our rebounding effort and general skill level than the rebounding margin.

Of course in the flow of the game it is very difficult to gauge defensive blockouts and offensive pursuits with limited staff. However, observant assistants and head coaches can surely get a gauge on the team’s overall effort level during the game (i.e. “Eye Test”) and use film after the game to get a more definitive number to present to the players.

Although getting these numbers are much more time consuming than merely getting a stat sheet from an SID, it will undoubtedly give coaches and players a more accurate glimpse into what is actually occurring on the court. This is important to be able to emphasize any aspect of the game and will reinforce the coaching staffs message. Remember film never lies.

Moreover, each player may get rated on a percentage during the course of a game or practice on how many times they actually execute what coaches are stressing in their program (i.e. in regards to rebounding technique Player A makes contact 70% of the time on defensive end). This is another great tool that can have a true impact on your program by showing your players how being accountable can have impact on teammates, how practices are conducted, morale of the team and ultimately the outcomes of games.

In addition, focusing on statistics for each team in the same category (i.e. rebounding technique), coaches may be able to get an even more analytic view of which team is more disciplined in certain areas of the game.

As Kapler reminds us, coaches too must be thinking of how to evaluate. For instance, if Coach A only sends three players to the offensive glass, while Coach B sends all five players, the number of course will be skewed in favor of Coach B’s squad. However, creative forethought can balance out these variables that coaches use based upon their program’s x and o philosophy.

Kapler continues, “imagine a husband taking out the trash everyday and feeling pretty good about handling his obligation. Meanwhile, his wife thinks, ‘I wish that lazy bum would wash the dishes once in a while!’ If expectations aren’t discussed regularly, they become mismatched. And we are in that place now in baseball.”

Likewise, basketball coaches must be sure to communicate with their players of how they will be evaluated so there is no ambiguity or questioning of what the coaching staff feels is important in their program. This will give the players a feeling of confidence that the know what is important, what will be stressed and how that will relate to playing time. It is the foundation to building accountability in any legitimate program.

Just as important, the coaching staff must come up with the appropriate innovative metrics of how to accurately evaluate their team so they are getting an accurate measure of whatever statistic they wish to emphasize.

Bert DeSalvo formerly served as the Head Women’s Basketball Coach at Southern Connecticut State University (NCAA DII – NE-10 Conference). During his one season at the helm 2014-15 season, SCSU tallied more overall wins and had the 5th (out of 15) best record in the conference (picked last in preseason poll). The Owls also earned a first round bye in the post-season conference tournament.

DeSalvo coached previously as the top assistant for the women’s basketball program at Division II Clarion University for two seasons. DeSalvo joined the staff in 2011-2012 after a four-year stint as the head coach and assistant director of athletics at Penn State-Beaver. DeSalvo started the PSU-Beaver program from scratch in January 2007 and led the Lions to a 99-26 (.792) record in his tenure at the school while qualifying for the United States Collegiate Athletic Association (USCAA) national tournament in all four seasons. DeSalvo led Penn State-Beaver the Lady Lions averaging 26 wins per season his last three campaigns. He was named the PSUAC Coach of the Year after the 2008 campaign and earned the Beaver County Hall of Fame Recognition Award as Women’s Basketball Coach of the Year in 2008, 2009 and 2010.

Prior to leading the Penn State-Beaver program, DeSalvo was an assistant women’s coach at Division III MacMurray College from August 2006 to January 2007. He also spent a season as a men’s assistant coach at NCAA Division I Maryland-Eastern Shore in 2005-2006 and was the girls’ varsity head coach at Chariho High School (RI) during the 2004-2005 season. He also has experience as a junior varsity, middle school and AAU coach.

DeSalvo has coached a number of professional players, All-Americans and All-Conference members during his career. DeSalvo has a career record of 113-41 (.734).