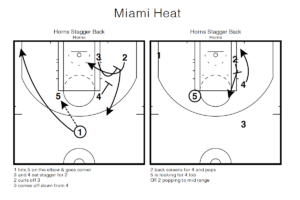 The 2021 NBA Playoffs have concluded with the Milwaukee Bucks being this year’s NBA Champion with their last being 50 years ago.

The average number of points a game for all 16 teams in the playoffs was an average of 113 PPG.  Here are three unique actions that trended during the playoffs.

In their half-court offense, the Suns looked to find ways to get shooters open. The Suns started using mis-direction sets to keep the defense on their heels.

The Pin Flip Back Ball Screen is a mis-direction set that gets the defense leaning one way and then the ball gets flipped back headed downhill in another direction. 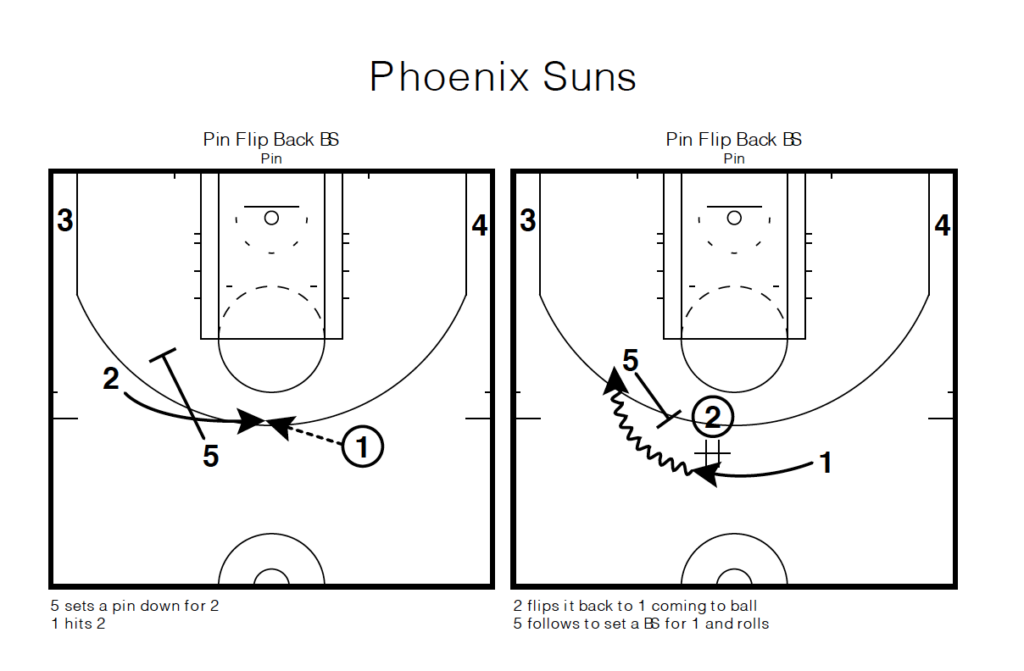 This action puts a lot of pressure on the defense and is an easy way to get a guard downhill.

​The exceptional play of Khris Middleton was another reason the Bucks won the Championship.

The Bucks found ways to get the ball in his hands anytime they needed a big shot.

The Stagger Curl Flip Back Corner is a wrinkle to another gaggle action that the Bucks ran in the series to get Middleton the basketball.

The play is designed to be a mis-direction set because it looks like the 4 man is going to reverse the ball then instead DHO’s to bring it right back to the same side.

During the DHO, Middleton is coming right off a pin-down looking for an open shot. 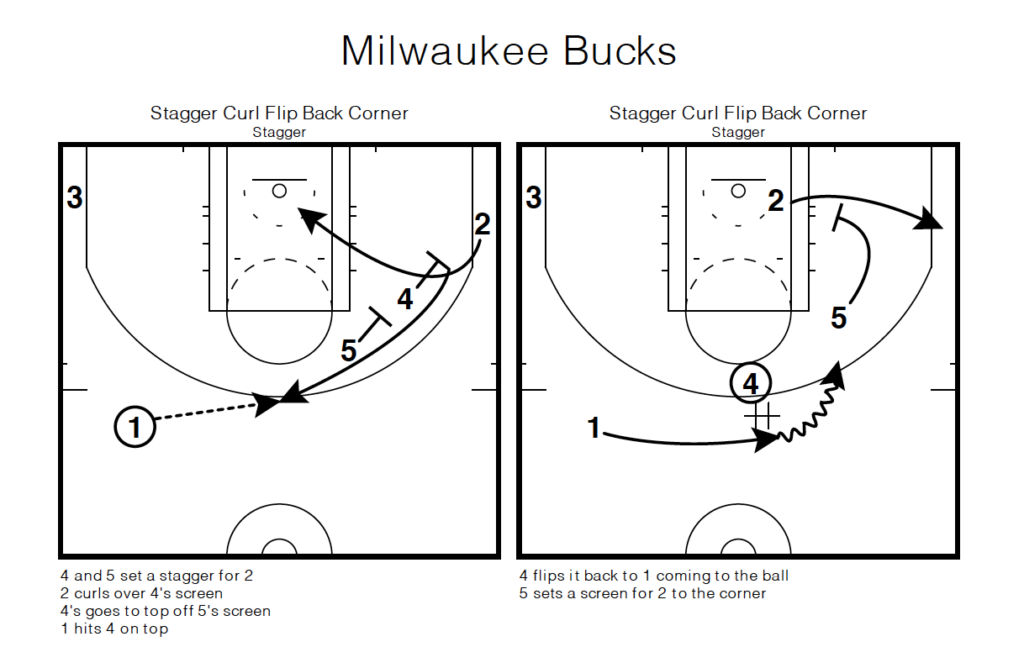 Miami Heat is one of the best trend setters for

offense in the NBA because of their unique approach of trying new actions.

Erik Spoelstra is known as one of the NBA’s brightest offensive minds.

The Miami Heat have one of the best Horn’s series packages in the NBA.

The Horns Stagger Back action is a wrinkle to many actions you can do off a stagger screen.

One of the toughest screens to guard is a back screen. Usually teams just switch back screens; however, they happen very fast so it puts a lot of pressure on the defense.

One of the best things about a back screen is that the player coming off the screen isn’t the most open player in most circumstances.

The screener usually pops up for a wide open look because the defenders are communicating what they are doing on the screen. This allows the screener to be freed enough time for an open look. 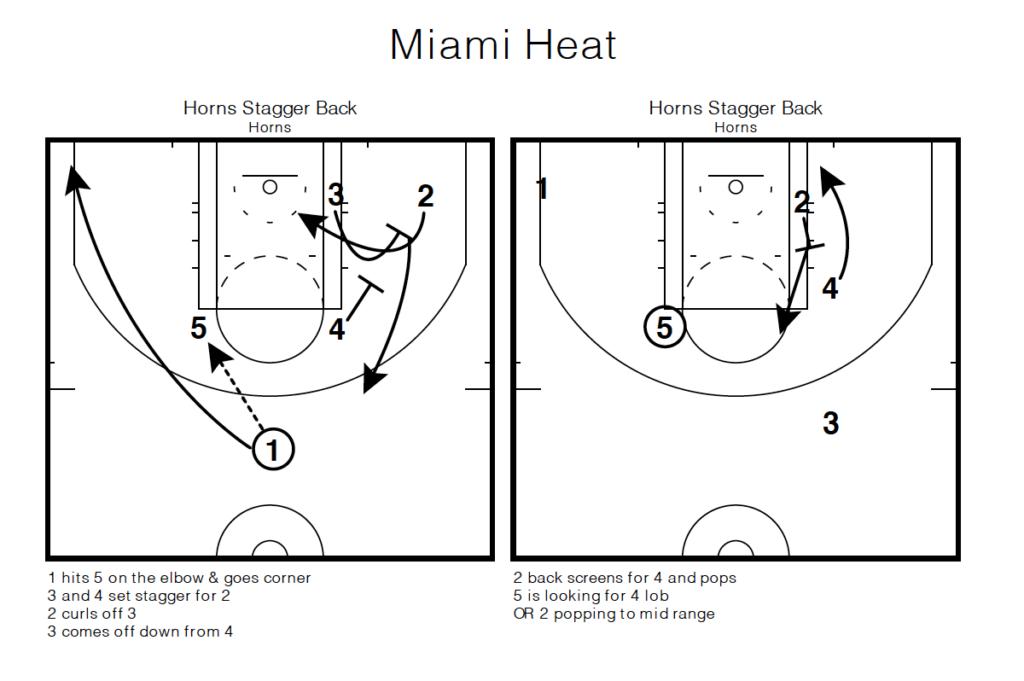 The playbook is filled with 750 actions in many different alignments & series that translate to every level of basketball.

To purchase the playbook click the link — 2021 NBA Playoffs Playbook

If you’re interested in learning more NBA Offense then you can find more playbooks below: