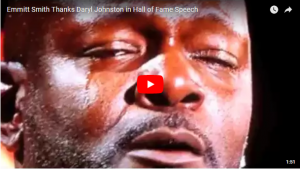 This post was originally posted on Coach Starkey’s Coaching Blog Hoop Thoughts.  It was one of the first sites that I began reading regularly.  I started corresponding with him soon after starting The Coaching Toolbox and finally met him in person last spring.  He is a great mentor for all coaches!  His Twitter account is definitely worth looking at and following: @TAMCoachStarkey

WE CAN ALL BE GREAT TEAMMATES

I started off addressing the teams telling them that as basketball players they have both potential and limitations. Few if any will be good enough to play in the WNBA. A handful will be able to make the jump to play collegiately. You may not achieve a status of All-State or All-Conference. Some of you may not be able to make your team’s starting line-up.

BEGIN WITH THE END IN MIND

This is the second of Stephen Covey’s 7 Habits of Highly Effective People. We must first create the mental vision of what we want to physically become. What do you want to “see” when it’s over? Stephen Covey spoke of an exercise of picturing yourself at your own funeral, floating around and listening to what people were saying about you. What would you want to hear? Are you living the life you need to live for people to feel that way about you? Would your teammates come back for your funeral? What would they say?

I spoke about attending the two memorial services for Coach Don Meyer — on in Aberdeen, South Dakota in the area at Northern State University and one in Nashville, Tennessee in the arena in Lipscomb University. I spoke about the staggering number of players that return to pay their respects to Coach Meyer and the amazing things that were said about him. You can tell a lot about a person at the Memorial Services. Coach Meyer was a “great teammate.”

CHALLENGE OF BEING A TEAMMATE

The problem with being a great teammate, as with anything else special and important, is there are going to be inherited challenges and struggles along the way. We spoke to the teams about some of those challenges.

Being a great teammate is a full-time job!

It was at this point that we showed them this short video clip of Emmitt Smith speaking at his induction into the National Football League Hall of Fame.

After viewing the video we spoke about what we saw and heard. What we heard was one of the greatest running backs in the history of professional football get emotional talking about his teammate Daryl Johnston.

Think about some of the things Emmitt had to say about his teammate:

“You took care of me as if you were taking care of your little brother.”

“Without you, I know today would not have been possible.”

Daryl Johnston wasn’t scoring touchdowns…he wasn’t getting headlines in the newspaper…they were showing highlights of him blocking on ESPN.

But it is incredibly obvious the impact he made on Emmitt Smith by being a great teammate — and in turn that impacted the Dallas Cowboys to greatness.

But the other part of that is that on his special day, when Emmitt would have been justified in talking about his own accomplishments, he had Daryl Johnston standup and then told the entire world the way he affected him and his teammates.

Emmitt Smith too, was obviously a great teammate.

You have to be a great teammate to everyone!

This is not friendship. You can’t just pick and choose who you want to be friends with in terms of being a great teammate. Remember, the first part of the word — TEAMmate. In fact, it is incredibly important that you are a great teammate especially to those who may not deserve because they need one the most. This will be challenging a lot of times — but it is essential in being a great teammate.

I’ll tell you where great teammates are needed — in the locker room. I fully believe that more championships are won and lost in the locker room than many realize. Coach Meyer would always ask the question: Do you know who is running your locker room? It’s a special place that is owned and operated by the players. Rarely are coaches there. After a rough practice or tough game who are the leaders and what direction are they leading? Do you have quality teammates in the locker room to keep the team focused?

I gave the example of Temeka Johnson, a point guard I had the privilege of coaching at LSU. She was a great leader and great teammate.  The day before our firstofficial practice, she would take the incoming freshman out to dinner. She would then proceed to tell them what practice was going to be about…what was difficult about it…what did the coaches expect…what did their teammates expect.

No one told Meek to do this. I didn’t even find out about this ritual until after she graduated from one of those players she took to dinner. That’s a great teammate.

KEYS TO BEING A TEAMMATE

We then spoke to the teams about three key ingredients of being a great teammate.

#1 Listening
We talked about listening with the intent to understand. Be a detective when you listen — search out clues in which you can help a teammate or file something away for later.

#2 Vision
You should be looking for what you can do to help. A big part of being a great teammate is “Servant Leadership” — look for opportunities to serve.

#3 Sacrifice
We talked about how Tim Duncan had took a pay cut to help the front office sign some better players to make the team better. Lebron James and Dwayne Wade has done the same as well. All three are wearing championship rings because of that sacrifice. Peyton Manning has done the same in football at both Indianapolis and Denver.

But it doesn’t have to be about money. I told the story about when I was coaching Shaquille O’Neal and he came to meet with the coaches and volunteered to move to the bench to allow one his teammates to start. He thought it would help his teammate’s confidence which would lead to him playing better which would lead to our team being better. Shaq said, “Don’t worry about me Coach, I’ll give you the same thing whether I come off the bench or start.”

I then asked the teams if they would be willing to do that. Would they care enough about their teammate and the success of their team to give up their starting spot? I asked them, “What if your coach came asked you to come off the bench? What if he said ‘you’re playing great but if we start Sally it might get her jump started and then you would give us great energy when you came into the game.’” Would you respond by saying “Coach, whatever is best for the team,” and then enthusiastically except your role or would you say “Coach, whatever is best for the team,” and then mope and complain to anyone that will listen.

The benefits of a culture of a great teammates is success for the team first and foremost. But there is always reciprocal benefits that individuals achieve. Tim Duncan sacrifice part of his salary to make his team better. And he was rewarded with a championship and bonus money. Awards go in large part to teams that win.

We did not have time to show Kevin Durrant’s MVP acceptance speech but what an amazing example of being a great teammate. He made it sound like the entire team had won the MVP (which in true teams is the way it happens).

We also spoke of the UNBUNTU — a phrase that was a rallying cry utilized by Nelson Mandela as a rallying cry for South Africa as they battle apartheid.  Doc Rivers made it a team mantra when leading the Boston Celtics to a World Championship.The phrase means simply: “I am because we are.”

It takes maturity for an individual to understand this. “I am because we are.” There are no individual champions. Even in individual sports there are coaches, mentors, parents, supporters, strength coaches, etc.

As John Wooden would say, “it takes 10 hands to make a basket.”

Are you a teammate or just on the team? That’s the question you need to ask. A team full of teammates is special. They play are certain way. As Coach Don Meyer would say: “Even when they lose, they win.”

At this point, we showed the teams the following video on the San Antonio Spurs. We told them you are doing to see some great passing…some excellent shooting…you’ll even so a few great dunks. But pay attention to the intangibles. Watch their body language. Watch how the talk to each other — touch each other — interact with each other. Notice their eye contact with each other.

When the video was completed we asked some questions.

How close knit do you think this team was? Could see how that transferred to the court and how they played?

But then we made sure that they understood this — the Spurs don’t always get along. They are a family. They have arguments and disagreements — just like everybody. But because they care about each other, because they have a culture of being great teammates, they can quickly find solutions, put things behind them and move forward for the betterment of the team.

I then closed by simply reminding them that they all had the power to choose to be a great teammate and if they can become one it becomes contagious and others will follow. Then when you have a team of great teammates, special things can happen.